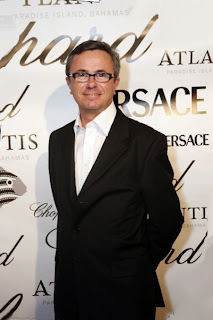 Member of the Board EFA:
European Film Academy

After Sony he merged 20th Century Fox with UGC in 1995 and quickly put the company in the N° 2 position on the market. He was named one of top film industry people by Film Français.

He co founded filmfestivals.com and fest21.com which regularly partner with the largest festivals (Cannes, Mifed, Toronto, Locarno, Venice…) and has serves over 4000 festivals worldwide and a community of 370 000 unique monthly visitors, and newsletter subscribers base of 115 000.
The company was one of VOD international pioneers (2001) and has opened a film and festival matchmaking community leading the way in many ways..
He runs a consulting boutique Major Buzz Factory

Prior to this he ran a Film School and Film Studio in Cherbourg (Eicar, Cinergie) he also ran in 2006 a TV production company in partnership with Endemol he produced who wants to be a millionaire, over 50 shows which rated 53% of the national TV in Algeria.

I have been in charge of many film sales including Anton Chekhov’s The Duel by Donald Rosenfeld (Executive producer of The Tree of Life, Cannes Palme d’Or…), Sweet Mud, Late Fragment, Les Petites Vacances, Hats Off, Ensemble…

He served as Jury member in many important film events.

Las Vegas & International Film Festival Summit Europe Chair person
A panelist and moderator on hot topics such as: Film Festivals: Innovative Use of Digital Technologies, Media & Film Festivals: Roles and Relationships, Harness the Power of the Internet, Funding & Sponsorships: How to Get It, How to Keep Them Coming Back …

Email ThisBlogThis!Share to TwitterShare to FacebookShare to Pinterest
Labels Advisers